The article dives into the lives of current and former professional athletes who live in South Florida and are investing in business and their local community.

Current and former pro athletes seek long-term security with a variety of ventures. South Florida has always been fertile ground for producing elite athletes, and now it’s home to many of their business ventures. 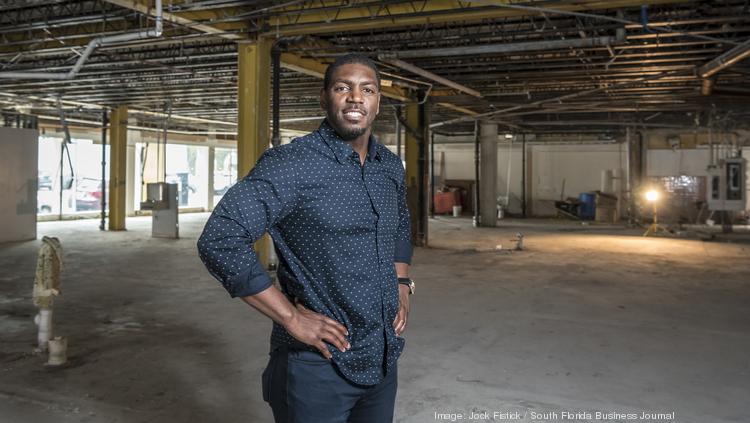 Jonathan Vilma: Building up the community

Jonathan Vilma always had an interest in real estate, but he waited until his NFL career was over before tackling investments in real property, and now an upcoming co-working startup.

After being a star linebacker at the University of Miami, the Coral Gables native went on to play for 10 years in the National Football League with the New York Jets and New Orleans Saints. The three-time Pro Bowl selection retired after the 2013 season.

“I thought about it [investing] a lot when I was in the NFL,” said Vilma, who earned a bachelor’s degree in finance from UM. “But, like any other business, I don’t want to invest and put a lot of dollars into something I’m not going to be committed to full time.”

After leaving the NFL, Vilma had passive investments in a commercial building near the Douglas Road Metrorail Station in Miami, and the Via Mizner mixed-use project in Boca Raton.

Vilma said he has been pitched hundreds of business ideas, but it was a chance meeting that led to his latest venture.

He met Rishi Kapoor, founder and CEO of Miami-based Location Ventures, in Starbucks and agreed to listen to his pitch for a new co-working company that would own its real estate and include a residential component.

“It was similar to what I wanted to do,” Vilma said of Kapoor’s plans.“In Coconut Grove, you see this affordable housing and it’s in poor condition and it’s dilapidated, and that’s not necessary. People should be able to enjoy where they live and enjoy their community.”

Vilma became one of the principal investors in Urbin, which acquired an office building in Coral Gables for $12.5 million, and another in Coconut Grove for $7.2 million. Both properties are being renovated into centers with co-working space, co-living space with beds for rent and shared amenities, a fitness center, retail and restaurant space.

Vilma said Urbin will improve quality of life by allowing more people to live and work in these neighborhoods.

“We want to make money, but we want to do good in the community, as well,” he said.

Read more from the article HERE