The sales launch of Villa Valencia, our luxury condo project in Coral Gables, was recently covered in an exclusive story by The Real Deal South Florida. From the article, “Developer Rishi Kapoor is launching sales of a boutique condo building in Coral Gables, planning to target buyers downsizing from homes in the Gables, South Miami, Coconut Grove and Pinecrest.” 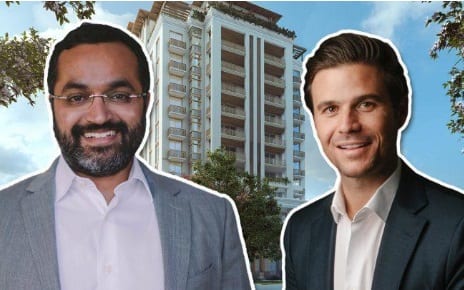 The Coconut Grove-based real estate firm has a $45 million construction loan commitment from an undisclosed lender and plans to break ground in May with a two-year construction timeline, Kapoor said.

It has an anticipated $111 million sellout, Kapoor said, and buyers are required to put at least 50 percent down.

Kapoor said he isn’t concerned with launching during a condo market slowdown because he’s targeting buyers who are making a lifestyle decision. “I wouldn’t want to be launching sales on a Brickell condo or Sunny Isles condo right now, but in Coral Gables we feel very good that this is the time,” he said. “There’s no competition as far as we’re concerned.”

Last year, the developers of the nearby Giralda Place delivered a portion of their 33 condos at the mixed-use project, where prices start in the $900,000s. Farther south, the Astor Companies is nearing completion of Merrick Manor, a 10-story, 227-condo building where remaining units started at about $375,000 up to $2.6 million.”